Seniors Life Enhancement Centres (SLEC) is an Adult Day Program offering high quality social, recreational and health services to our clients. This offers caregivers respite during the program hours, to attend to their needs, work or even rest. 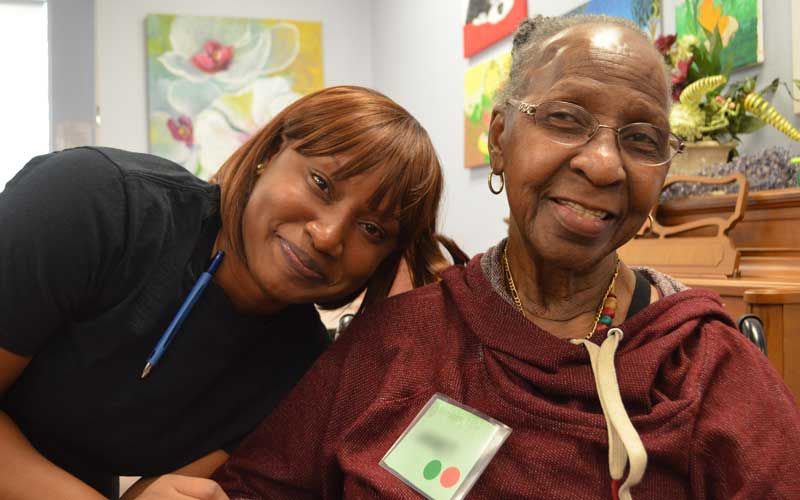 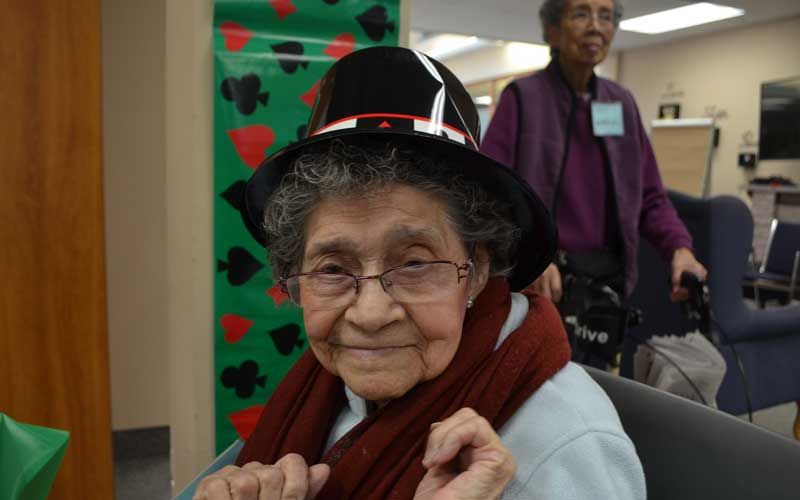 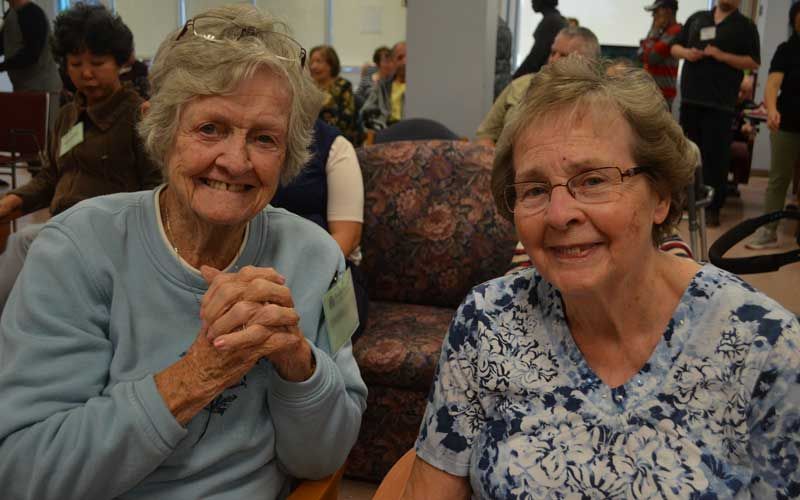 Our Mission
Providing caregiver respite by promoting and enriching the lives of adults with physical and/or cognitive challenges through health ans recreational services personalized to the needs of our clients and their families
Our Vision
Transforming lives through purposeful living.
Our Values

Our values guide us in our interactions with each other, clients, their families, and all other stakeholders:
Believe: We inspire and enable people because we hold an “anything is possible” mindset
Love: We relate to each other through compassion, empathy and genuine caring
Excellence: We strive to create a dynamic, joyful, and positive environment with a focus on leading best practices, accountability and growth 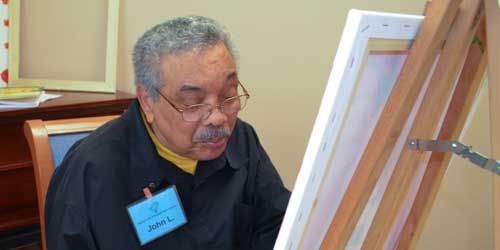 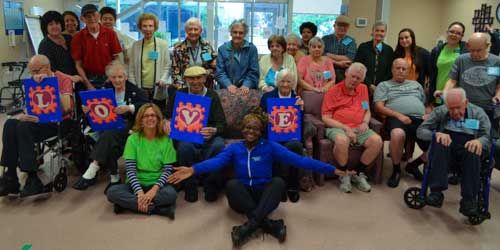 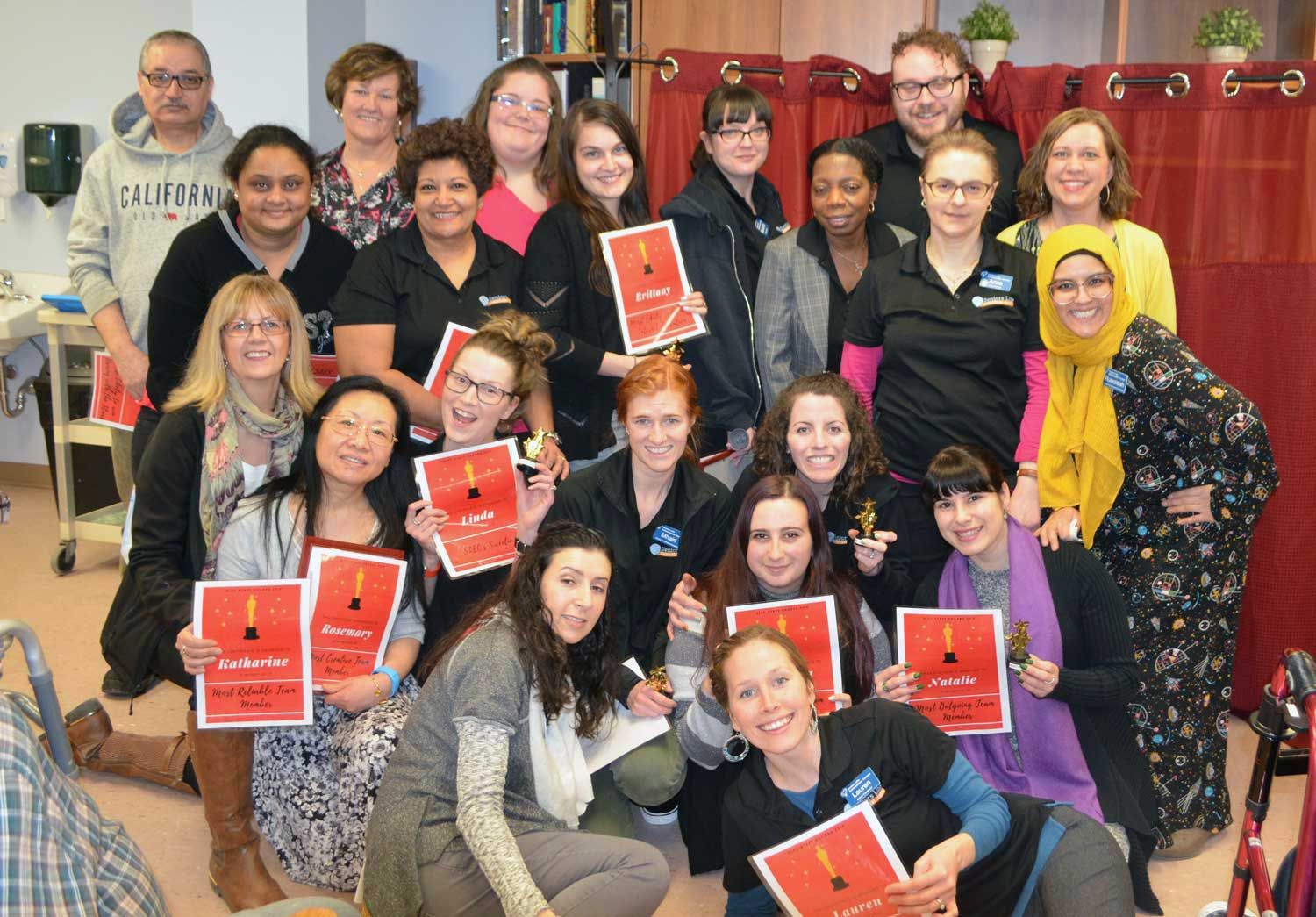 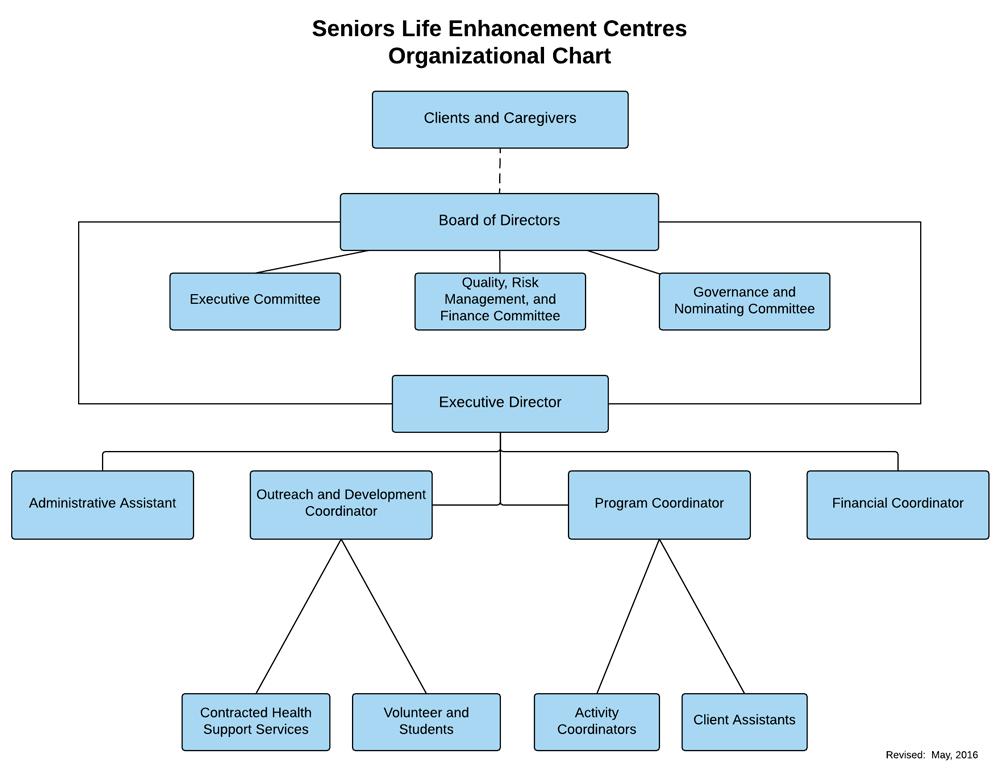 Everyday our dedicated team of volunteers contribute to the quality of life of our clients. Seniors Life Enhancement Centres enjoy the assistance of volunteers in a variety of positions including: 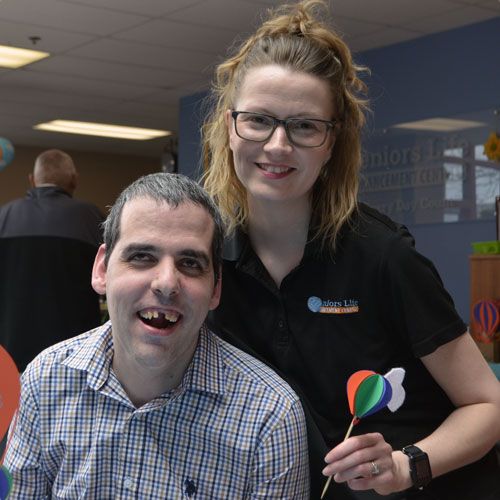 Our Board of Directors

Seniors Life Enhancement Centres (SLEC) is a non-profit organization founded in 1989. Our strategic priorities are:

Governance Structure
SLEC is overseen by a 10-member community volunteer Board of Directors that is elected in accordance with its bylaws.   Board members are selected based on their skills, expertise and desire to support the work of the organization.   The Board provides leadership, sets the strategic direction and priorities for SLEC.

Current Board of Directors:

Rick brings 27 years of business development experience working for global and Canadian technology companies in Canada and across Europe. He is the President and co-founder of a boutique home health care co. serving Halton, Peel and the GTA region. Make a Difference is an integral part of his DNA, Rick fundraised for several organizations including the Credit Valley and Oakville hospital foundations; also continues to participate in the annual Heart & Stroke Ride for Heart and the annual Alzheimer Society campaign. Rick gives back by serving as Co-Chair of the Health; Wellness forum of the Mississauga Board of Trade, in addition current church activities and past mission trip serving youth in Lebanon. Serving on SLEC’s board compliments Rick’s passion for serving and empowering seniors to age with the dignity and respect they deserve.

Brooke Stewart has earned a law degree from both the University of Windsor Faculty of Law and the University of Detroit Mercy School of Law. She is currently an employment lawyer practicing in Toronto, Ontario. Prior to her legal education, she earned an Honours Bachelor of Arts Degree with Distinction from Wilfrid Laurier University. Brooke has always had a passion for giving back to her community and has done so through various volunteer placements. She has experience volunteering with children, students, the homeless, as well as families experiencing domestic violence. Brooke’s passion for the elderly developed at a young age and she is excited to use her education and experience to contribute to the betterment of the Seniors Life Enhancement Centres.

Maria Skinner - Director
Maria is a Self–Starter, high achiever and adaptive leader, who approaches and handles situations methodically, diligently, with a can-do attitude, integrity and empathy towards others. Throughout her career, has demonstrated high reliability and competency. Maria holds a Bachelor’s Degree in Electromechanical Engineering, Quality Assurance Management Certificate and a Business Analyst certificate. She is a Project Management Professional, a Six Sigma Master Black, a Certified Scrum Master and a PMI Agile Certified Practitioner, with a high success rate of project completion. She is fluent in English, French and Spanish Maria has extensive volunteering experience and joined the Board in 2017 as a way to be able to put to work the skills gained from her 35 years in the corporate world for a cause that is very dear to her heart. Having seen how the Centre has changed her mother’s life and she wanted to help in some way so that other seniors can have the same experience.
Rookiya Sader -Director
Rookiya was born in South Africa, graduated from College with a Secretarial degree and later immigrated to Canada 46 years ago. She is married and raised 2 children and has the pleasure of enjoying her 2 grandchildren. She loves cooking, baking and practicing yoga. She enjoyed a career in magazine publishing for 29 years with Maclean Hunter Publishing and Rogers Publishing. She is a wedding/event planner. Has been a participant in fundraising for the Breast Cancer Walk, Heart & Stroke Walk and The Grand Parade. She is a Home Service Rep for Philips Lifeline and enjoys supporting seniors. She is at a place now in her life to give back to the community and what better place to be than with Seniors Life Enhancement Centres.
Lynn Gwilliam - Director

Lynn has had a seasoned career as a member of the health carecommunity. A graduate of the Hospital for Sick Children School of Nursing and theUniversity of Ottawa, she was employed as a nurse educator in the school ofNursing in Hamilton at Mohawk College, before moving to work as a HomeSupport Supervisor at Spectrum (Mississauga). A long time resident of Oakvilleshe’s contributed to the communities of Mississauga and Oakville. She has served on the board of Residential Placement Advisory Committee (Mississauga) and Family Council of Extendicare (Georgetown) and Senior Life EnhancementCentres. She continues to volunteer through the Oakville Parks & Recreation to contribute to the Seniors Services program. Lynn has had personal experience with the Health Care System when her husband (age 62) received a diagnosis of Alzheimer’s disease

Jacqui has extensive experience as a former legal assistant, with over 20 years’ experience at prominent law firms in the USA. She rejoined the SLEC Board in 2018, after a four-year hiatus, during which time she volunteered on various healthcare-related committees as a Consumer Representative, including Oakville Health Links Steering Committee, and Provincial Lived Experience Advisory Committee (Behavioral Supports Ontario), while also caring for her mother, who attended the SLEC Adult Day Program for 10 years. Her experience as a small business owner includes the food industry, producing and distributing condiments in Florida; and as previous owner of a wholesale and retail floral supplies company in Kingston, Jamaica.

Some programs we have hosted placements from include:

Current partnered schools or institutions include:

Support us through a variety of these inititatives:

Your support is valued and important to further our mission in providing a nurturing and stimulating setting for our clients. You can support Seniors Life Enhancement Centres with monetary donations or gifts in kind. Tax receipts may be issued upon request for tax deductible cash or cheque donations. Tax receipts will automatically be issued for online donations made through CanadaHelps.org
Read More

The Grand Parade is a super-fun, family-friendly fundraising walk that celebrates and supports aging Canadians and their families across Canada.

The money we raise with this initiative will support Seniors Life Enhancement Centres to continue providing valuable services in our community by helping the elderly and their families. SLEC will be enhancing our rate reduction program in order to serve clients who may not be able to attend the program due to financial hardship.

In Memory of Our Friends Donations

In lieu of flowers upon the passing of our SLEC friends, we welcome donations by family and friends. Please contact our Executive Director, Heidi Yerxa for more information.

“SLEC has changed my mom's life. Since she started going she feels more integrated with society and she feels appreciated!”

“SLEC is the gold standard for Adult Day Service.”

“The staff at SLEC have been very caring and patient and interested in creating the best experience for my mom.”

“The Day Program is a life saver for me.” - The caregiver

“[The client] used to be alone, lonely and depressed. Nowadays she is back to herself, a happy person.”

“You offer a wonderful caring service for clients and caregivers.”

“Because the Bathing Program is in a salon setting, my mother feels that she is accessing a personal spa service, which makes her comfortable and happy.”

Accreditation
Effective February 20, 2020, Seniors Life Enhancement Centres received the status of a CARF accredited service provider for the second time. CARF accredited programs and services have demonstrated that they substantially meet internationally recognized standards. CARF accreditation means that you, the consumer, can be confident that our organization has made a commitment to continually enhance the quality of its services and programs, and its focus is on consumer satisfaction.  Please visit CARF Canada for more information on CARF and the accreditation process and consumer benefits.

Your support goes a long way to help us serve members of your community!    Donate Today